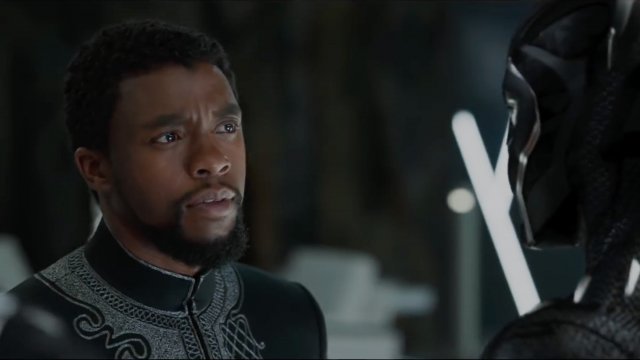 SMS
Saudi Arabia Celebrates Cinema Grand Opening With 'Black Panther'
By Katie Cammarata
By Katie Cammarata
April 18, 2018
It's the country's first movie theater to open since they were all shut down in the early 1980s.
SHOW TRANSCRIPT

Saudi Arabia is celebrating the grand opening of the country's first movie theater in more than 35 years with an invitation-only screening of "Black Panther."

And it's definitely more impressive than the screening of "The Emoji Movie" that took place in a makeshift theater in January.

This is kind of a big deal because movie theaters have been shut down in the country since the early 1980s.

But in 2017, the Saudi Ministry of Culture and Information announced that cinemas would be allowed to operate at the beginning of 2018.

The kingdom expects to have more than 300 movie theaters by 2030, and theaters could reportedly open to the public as soon as next month. The Saudi government said movies shown in theaters "will be subject to censorship according to the media policy standards of the Kingdom."