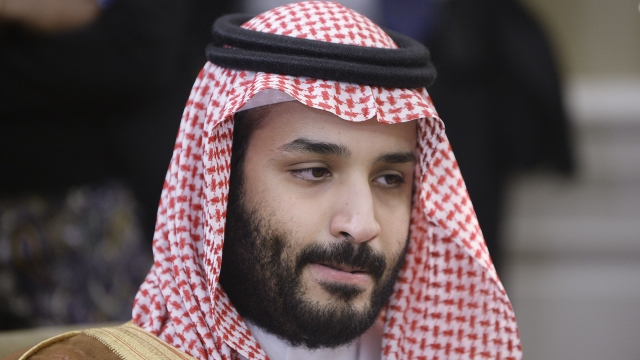 By Briana Koeneman
June 21, 2017
King Salman removed his nephew, Mohammed bin Nayef, as crown prince. And he appointed his son to take on the position instead.
SHOW TRANSCRIPT

After a sudden shakeup, Saudi Arabia has a new crown prince.

And the king appointed his own son to take his place.

He's also the country's deputy premier while continuing his role as defense minister.

Although the timing was surprising, Mohammed bin Salman's promotion to crown prince was widely expected.

Ever since his father became king in 2015, Mohammed bin Salman has played a significant role in the country's government.

He is credited with spearheading a massive overhaul of the Saudi economy and overseeing the state oil company, among other responsibilities.

The royal change comes at a time when Saudi Arabia is in the middle of foreign-policy issues. The nation is leading the region's diplomatic dispute with Qatar, and it's in a two-year-long war in Yemen.