Timing Of Saudi Arabia's $100 Million Payment To US Seems Suspect 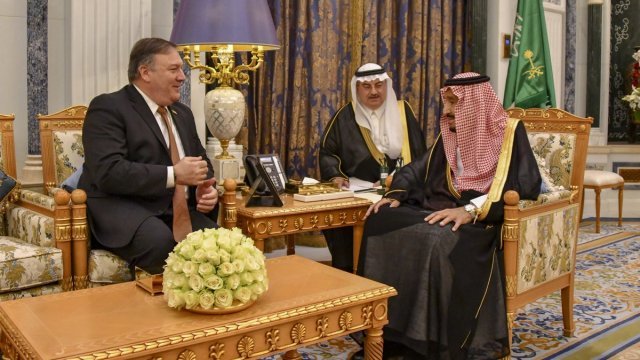 By Stephanie Liebergen
October 18, 2018
Saudi Arabia committed to the payment in August to help the fight against ISIS in Syria.
SHOW TRANSCRIPT

Saudi Arabia just gave the U.S. $100 million, and the timing of the payment is raising some red flags.

The Gulf Coast country pledged that money in August to help fund the fight against ISIS in Syria. According to the New York Times, the funds hit American bank accounts on Tuesday.

The timing is notable because of the international concern about the suspected murder of Saudi journalist Jamal Khashoggi.

Multiple U.S. lawmakers want the Trump administration to send a strong message to Saudi Arabia. But comments from President Donald Trump and Secretary of State Mike Pompeo have been conservative.

"We have a long, since 1932, a long strategic relationship with the kingdom of Saudi Arabia. They continue to be an important counterterrorism partner. They have custody of the two holy sites. They're an important strategic alliance of the United States. We need to be mindful of that as well," Pompeo said.

The speculation is the $100 million payment is buying the Trump administration's muted response. The State Department denies any connection between the money and the Khashoggi investigation.