The US May Outfit Saudi Arabia With $15B Missile Defense System 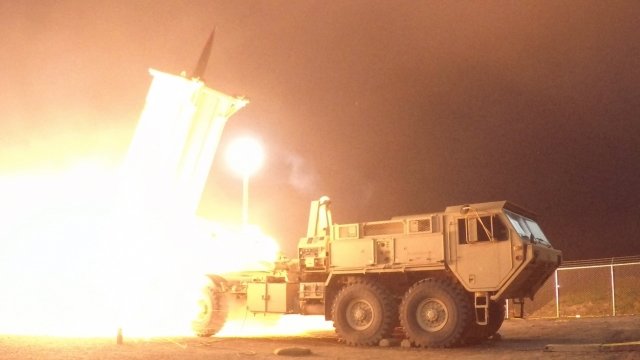 SMS
The US May Outfit Saudi Arabia With $15B Missile Defense System
By Ethan Weston
By Ethan Weston
October 8, 2017
The defense system is meant to protect them from neighbors like Iran.
SHOW TRANSCRIPT

The Terminal High Altitude Area Defense system is meant to boost Saudi security against Iran and other threats in the region.

Iran in particular has the largest stockpile of ballistic missiles in the Middle East, with some that can travel more than 1,200 miles.

Just last month the country claimed it tested a new ballistic missile. Although experts think that test wasn't real, the announcement might have been a challenge to a bill President Donald Trump signed imposing penalties on those involved in Iran's missile program. 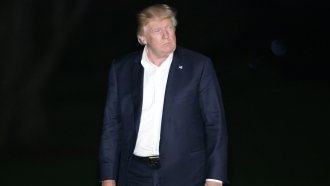 Washington says continued ballistic tests violate the spirit of the 2015 nuclear deal, which Trump is reportedly ready to decertify.

If Trump doesn't recertify Iran's compliance with the deal, Congress could decide to reimpose sanctions the deal had lifted.

Iran is reportedly willing to give a little on its ballistic program. An Iranian source told Reuters the country was willing to talk about parts of the missile program to remove concerns.