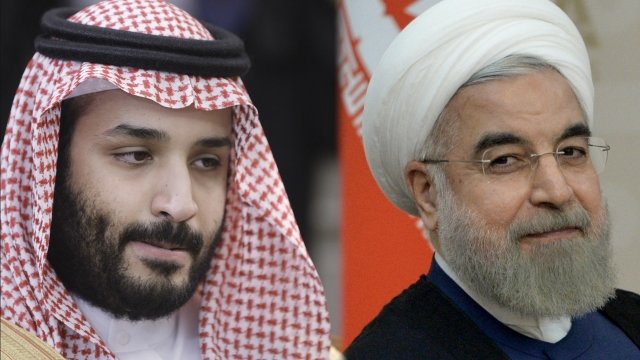 By Jake Jones
May 9, 2018
Saudi Arabia, a rival of Iran, applauded President Donald Trump for taking the U.S. out of the Iran nuclear deal.
SHOW TRANSCRIPT

Saudi Arabia will seek its own nuclear weapons if Iran restarts its nuclear program, the kingdom's foreign minister told CNN.

Saudi Arabia and Iran have been regional rivals for years. Saudi Arabia applauded President Donald Trump for taking the U.S. out of the Iran nuclear deal, pointing to Iran's ongoing ballistic missile program and its support of groups the U.S. considers terrorist organizations.

Saudi Arabia wants to buy nuclear reactors from the U.S. But that deal is stuck since the Saudis don't want to agree to restrictions on enriching uranium, a step toward creating nuclear weapons.