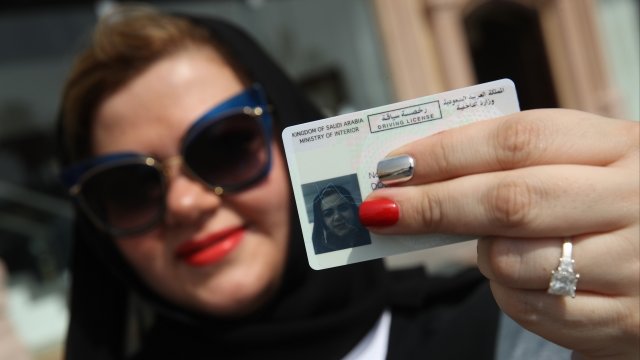 Women in Saudi Arabia are officially allowed to drive.

Before Sunday, there was a kingdom-wide ban on women drivers. King Salman reversed the ban back in September. Women began receiving licenses in June.

There has been some pushback. One man told CNN: "Women can't drive and they are unqualified."

And some of the most vocal right-to-drive activists haven't received licenses. Instead, a number of them were arrested at the end of May. The government cited security concerns for their arrests, but human rights groups think it has to do with their political activism.

Despite some progress, women's rights remain largely restricted in the country. Women there are still required to have male guardians to approve things like travel, marriage and daily tasks.