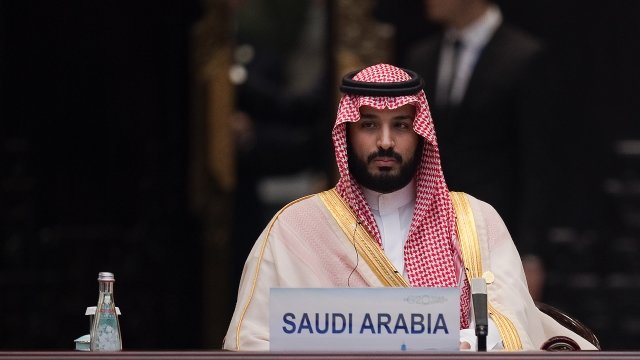 Saudi Arabia is not happy with a U.S. Senate resolution that holds Crown Prince Mohammad bin Salman accountable for the death of journalist Jamal Khashoggi.

That resolution was passed by lawmakers last week. But the Saudi Ministry of Foreign Affairs claims the Senate's conclusion is "based upon unsubstantiated claims and allegations."

It continued its rebuttal, saying "The Kingdom categorically rejects any interference in its internal affairs ... and any attempts to undermine its sovereignty or diminish its stature."

Many U.S. lawmakers have grown increasingly frustrated with Saudi Arabia since Khashoggi was killed on Oct. 2. Despite reportedly strong evidence of the crown prince's involvement from U.S. intelligence agencies, President Donald Trump has continued to support him and the kingdom.

The Senate also recently passed a separate resolution that would force the president to end American military support for a Saudi-led coalition fighting in Yemen. It's unclear if the House will consider either resolution, so both are considered largely symbolic at this point.