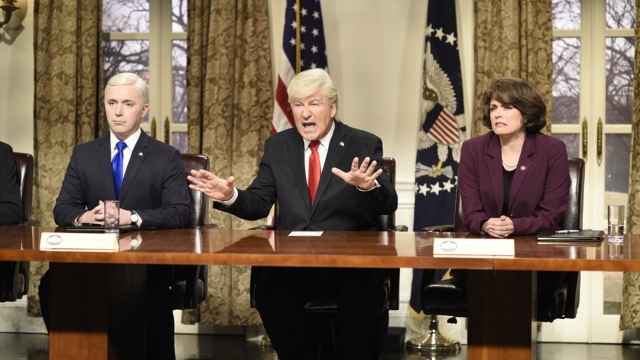 SMS
'Saturday Night Live' Suspends Taping Over Coronavirus Concerns
By Caitlin Baldwin
By Caitlin Baldwin
March 17, 2020
There are only six episodes left in the current season, but NBC says "SNL" will remain on hiatus "until further notice."
SHOW TRANSCRIPT

"Saturday Night Live" is suspending its season over coronavirus concerns.

NBC said Monday that as a precautionary measure, the show will remain on hiatus until further notice. The show was scheduled to return March 28 with actor and filmmaker John Krasinski as host and Dua Lipa as the musical guest. There are only six episodes left in the season.

A spokeswoman for NBC says the company is continuing to monitor the situation closely.

"SNL" is only the most recent show forced to halt production over the coronavirus. "Jeopardy", "Wheel of Fortune", "Last Week Tonight with John Oliver", "Real Time with Bill Maher" and "The Ellen DeGeneres Show" are just some of the many shows that have suspended taping.