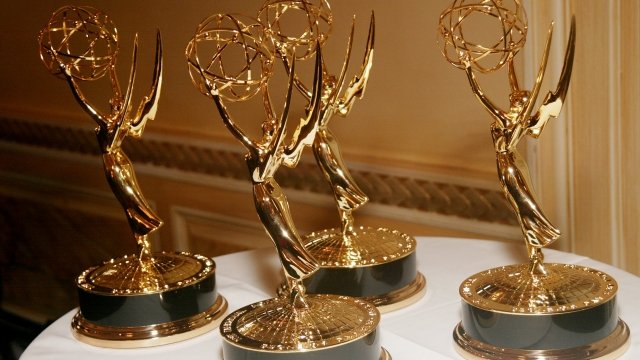 The 2017 Emmy nominations are in, and "Saturday Night Live" and "Westworld" have come out on top. Both series received 22 nominations each.

Following closely behind are Netflix's "Stranger Things" and FX's limited series "Feud: Bette and Joan," which both have 18 nominations.

Many freshman TV series are up for an Emmy in the drama category, including "The Handmaid's Tale," "Stranger Things," "The Crown," "Westworld" and "This Is Us." It's the first time NBC has been nominated in this category since 2007.

If you're wondering why "Game of Thrones" isn't listed, its late July premiere date made it ineligible.

Sterling K. Brown ("This Is Us"), Anthony Hopkins ("Westworld"), Bob Odenkirk ("Better Call Saul"), Matthew Rhys ("The Americans"), Liev Schreiber ("Ray Donovan"), Kevin Spacey ("House of Cards") and Milo Ventimiglia ("This Is Us") are nominees for best actor in a drama series.

And on the drama actress side, Viola Davis ("How to Get Away With Murder"), Claire Foy ("The Crown"), Elisabeth Moss ("The Handmaid's Tale"), Keri Russell ("The Americans"), Evan Rachel Wood ("Westworld") and Robin Wright ("House of Cards") are nominees.

Many Emmy favorites are up for best comedy series, including "Black-ish," "Master of None," "Modern Family," "Silicon Valley," "Unbreakable Kimmy Schmidt" and "Veep." "Atlanta" is the lone newcomer. 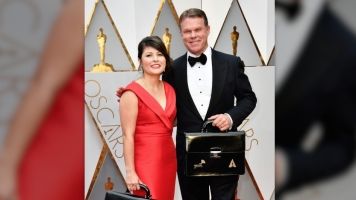 Carrie Fisher was posthumously nominated for her guest role in Amazon's "Catastrophe." The Hollywood Reporter says the only actors who've ever been awarded an Emmy after they died were Ingrid Bergman, Audrey Hepburn, Raúl Juliá, Diana Hyland, Marion Lorne and Alice Pearce.