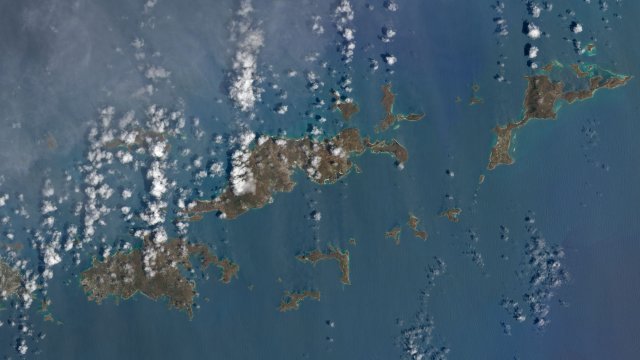 NASA released satellite images showing the destruction caused by Hurricane Irma in the Caribbean. The before and after photos show entire islands transforming from lush and green to barren and brown.

According to NASA, the transformation may have come from the strong winds produced by Irma as it passed through the Caribbean. Salt spray from the storm may have also killed any leaves still on the trees.

At least 38 people in the Caribbean have reportedly died from Irma so far. Power, food and clean water are scarce, and the U.S. National Guard and military are providing aid and evacuating people stranded on some islands.