SAT Board Cutting 'Adversity Score' In Favor Of More Context 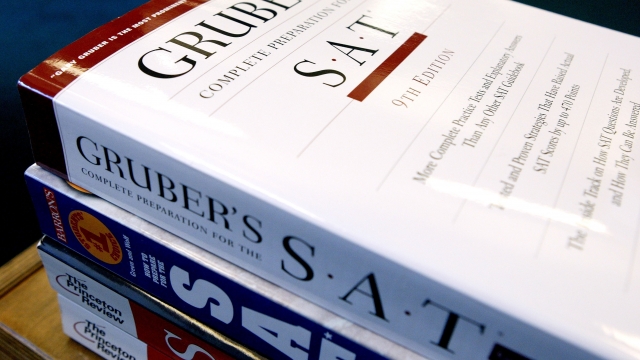 The group that oversees the SAT is no longer planning to add a score representing students' socioeconomic backgrounds.

Landscape, previously called the Environmental Context Dashboard, would have included a so-called "adversity score," which was meant to describe test-takers' socioeconomic disadvantages. It would weigh factors like where they lived and what school they attended.

But on Tuesday, the College Board said instead of the single score, it will give universities more insight into a student's socioeconomic status and potential adversity. Test-takers and their families will also be able to see the information. The College Board said Landscape "presents consistent high school and neighborhood information so admissions officers can fairly consider each student." The goal is to give admissions officers a better understanding of a student's background when considering their application.

The College Board says research shows high school and neighborhood indicators are related to education outcomes. This part of the Landscape dashboard calculates an average number based on those six indicators.

The idea behind the previously planned single score was to give admissions offices a more well-rounded picture of student's social and economic backgrounds, as well as a more nuanced look at students who are considered to be at a disadvantage. It was supposed to roll out in 2020.

But College Board CEO David Coleman said Tuesday: "We listened to thoughtful criticism and made Landscape better and more transparent. Landscape provides admissions officers more consistent background information so they can fairly consider every student, no matter where they live and learn."

The College Board noted that Landscape is only one element of an application. Student still submit their GPA, personal essay and transcripts. The group says it's committed to delivering opportunity to all students. Coleman said: "There is talent and potential waiting to be discovered in every community. ... No single test score should ever be examined without paying attention to this critical context."

Pilot participants at various colleges have given positive feedback. Some said Landscape allows them to "fill in substantial gaps," and others said it "challeng[es] some of the perceptions we had of certain areas and high schools" while providing more context about a student's high school experience. The College Board says it's expanding research for the 2019-2020 admissions cycle to do more piloting with even more admissions offices.