Sarcasm Is Good For You. Seriously 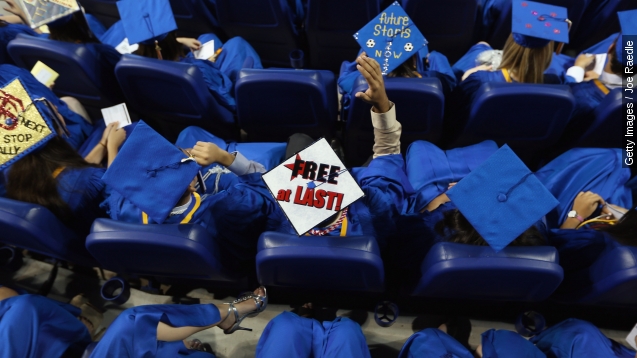 SMS
Sarcasm Is Good For You. Seriously
By Ryan Biek
By Ryan Biek
September 9, 2015
Saying exactly what you don't mean can benefit you and those around you. We're not being sarcastic.
SHOW TRANSCRIPT

Sarcasm: Ever heard of it?

"The answer is a sincere, emphatic, 100 percent definitive, never been so sure of anything in my life, unequivocal, yes," said a character on the TV show "Scrubs."

Saying exactly what you don't mean could actually be good for you. That line was meant to be serious.

First, the basics. Psychologists say sarcasm generally has two purposes. Either to make something sound less harsh through humor.

"Oh, I like Tom's sweater. Does he teach computer in a church basement?" said a character from the film "Trainwreck."

Or to create intimacy, whether it be with a friend or through flirting.

"It's time to go home," said a character from "Crazy, Stupid Love."

"Oh, that's forward of you, but OK. Should I pull the car around? Have you been drinking? I'll drive," another character replied.

Communicating sarcasm and understanding it requires a complex neural network. Parts of the left side of the brain pick up the literal meaning, connections in the frontal lobe and right hemisphere gauge implied meanings, and the right ventromedial prefrontal cortex bridges the two, judging which meaning the speaker truly intended.

There's evidence that those who are smart-a ... (you-know-what's) may just be plain smarter — at least socially.

A psychologist from the University of Haifa told the Guardian: "Sarcasm is related to our ability to understand other people's mental state. It's not just a linguistic form, it's also related to social cognition."

Yet no matter how the joke comes across, the recipient likely benefits.

A joint study from Harvard, Yale and the European business school INSEAD found both expressing and receiving sarcasm relates to creativity boosts through abstract thinking.

And biting sarcasm had a similar effect. A study published in the Journal of Applied Psychology found participants who listened to angry customers did well on analytical tasks but struggled with creative ones. But when participants listened to customers who channeled frustration through sarcasm, it aided creative problem solving.

Yes, there can be a certain cruelty in sarcasm.

So knowing your audience definitely helps. A study published in the Journal of Language and Social Psychology found that in the U.S., on average, Northerners find humor in sarcasm more than Southerners, with men being more sarcastic than women.

You don't, however, have to check your sarcasm at the door with children. A University of Calgary study found they begin to understand the art between the ages of 6 and 8.

OK, now our examples are just getting sassy.