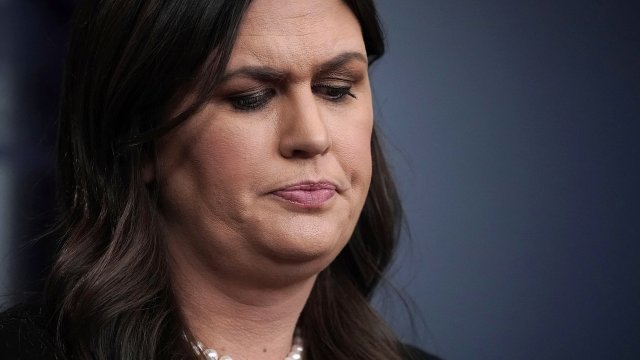 But according to data from the U.S. Bureau of Labor Statistics, only the first part of that statement is accurate. Obama added 3 million jobs held by African-Americans by the time he left office. And Bloomberg points out Trump also inherited a growing economy from President Obama.

After the press conference, the White House Council of Economic Advisers acknowledged Sanders' numbers were wrong and tweeted: "Apologies for @WhiteHouseCEA's earlier miscommunication to [Sanders]."