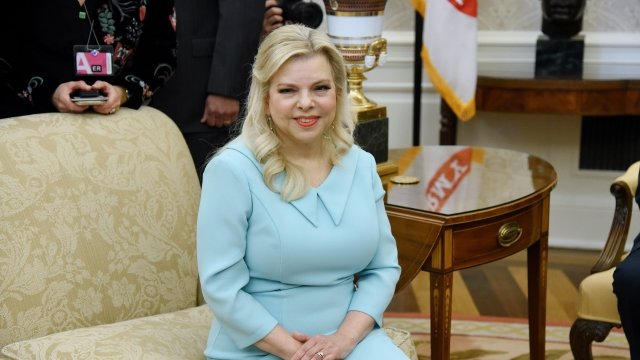 SMS
Wife Of Israeli Prime Minister Benjamin Netanyahu Suspected Of Bribery
By Caitlin Baldwin
By Caitlin Baldwin
August 31, 2018
Police said evidence shows she was aware of what her actions meant in the alleged scheme for positive news coverage.
SHOW TRANSCRIPT

It's part of an ongoing investigation dubbed Case 4000 — which is centered around allegations that members of the prime minister's inner circle used political force to help a prominent Israeli telecommunications group in exchange for favorable coverage.

Sara Netanyahu was questioned in this case back in March. Police say evidence shows she was aware of what her actions meant in the alleged scheme.

Both the prime minister and his wife have been at the center of multiple scandals in recent months. In May, Sara Netanyahu was charged with fraud and breach of trust in two separate cases. And police have recommended charges for her husband.

Haaretz reports that Case 4000 will be transfered from police to the State Prosecutors office in six months. Sara Netanyahu's attorney's called the suspicion absurd and completely false.

And the couple released a statement in response, dismissing the allegations.