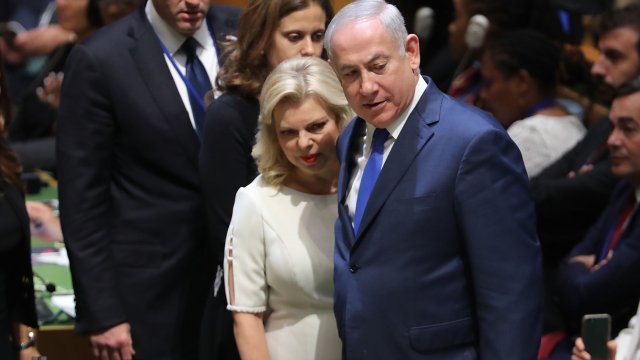 The case stems from a corruption investigation that started in 2015. Sara Netanyahu is charged with spending nearly $100,000 in public funds on meals from upscale restaurants, despite already having a private cook. She has denied the charges.

That investigation is just one of several into the Netanyahus — in February, authorities in Israel said they had enough evidence to indict the prime minister in several different corruption cases.

Benjamin Netanyahu has called the investigations a witch hunt, and they don't seem to have hurt his party's popularity.