Santorum: Kids Should Learn CPR Instead Of Rallying For Gun Laws 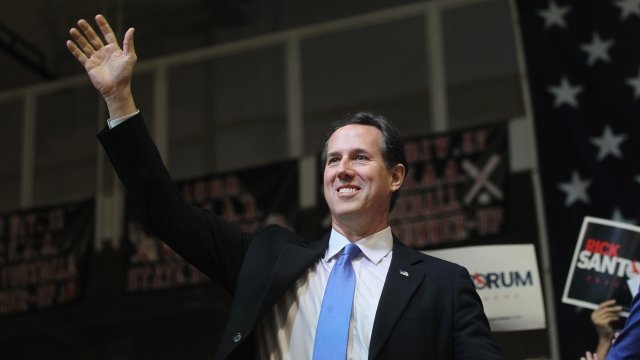 SMS
Santorum: Kids Should Learn CPR Instead Of Rallying For Gun Laws
By Katherine Biek
By Katherine Biek
March 26, 2018
The former U.S. senator made the comment a day after thousands of protesters rallied across the country to demand tighter gun control.
SHOW TRANSCRIPT

"How about kids, instead of looking to someone else to solve their problem, do something about maybe taking CPR classes or trying to deal with situations that when there is a violent shooter that you can actually respond to that," Santorum said on CNN's "State of the Union" Sunday.

The former presidential candidate's comments came a day after thousands of protesters rallied across the U.S. to demand tighter gun control legislation.

The event was organized as a response to the deadly school shooting in Parkland, Florida, last month.

"They took action to ask someone to pass a law. They didn't take action to say, 'How do I, as an individual, deal with this problem?" Santorum said.

An Everytown for Gun Safety program manager blasted Santorum's comments, calling them "an insult" to people "who have had loved ones taken by gun violence."