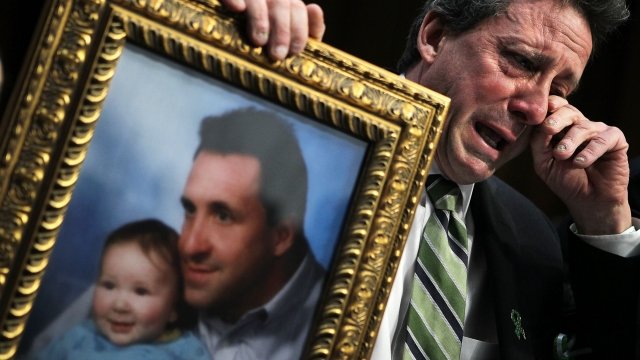 The parents of two students killed in the Sandy Hook school shooting are suing InfoWars host Alex Jones for defamation.

Two lawsuits were filed: One by Leonard Pozner and his former wife Veronique De La Rosa, the parents of Noah Pozner, and a second lawsuit filed by Neil Heslin, the father of Jesse Heslin. Both suits claim Jones has falsely accused the parents of being actors and saying the 2012 shooting at Sandy Hook Elementary School was a hoax.

The parents are asking for at least $1 million in damages.