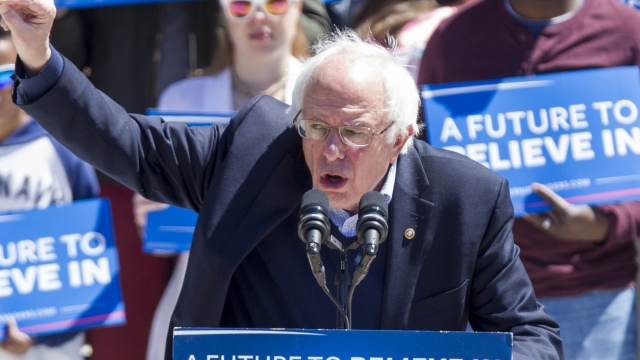 SMS
Sanders Wins In Rhode Island But Still Has A Long Way To Go
By Eugene Daniels
By Eugene Daniels
April 26, 2016
The state was always a good fit for the senator, but it doesn't really help his delegate deficit.
SHOW TRANSCRIPT

Even though there wasn't a ton of polling going into the primary, Sanders was expected to do well in the state. Rhode Island has a small nonwhite population and the primary was only semiclosed, meaning independents could actually vote for Sanders.

The Sanders campaign has maintained it still sees a path to the nomination, but close victories won't actually get Sanders there. To beat Hillary Clinton's 200 pledged delegate lead, Sanders doesn't just need to win states — he needs to win big. And Rhode Island doesn't help that much — the state only had 24 pledged delegates up for grabs.

Next, the race will head to Indiana on May 3.

This video includes images from Getty Images and Bernie 2016.