Sanders: Trump Was Expressing 'Opinion' In Tweet About Firing Mueller 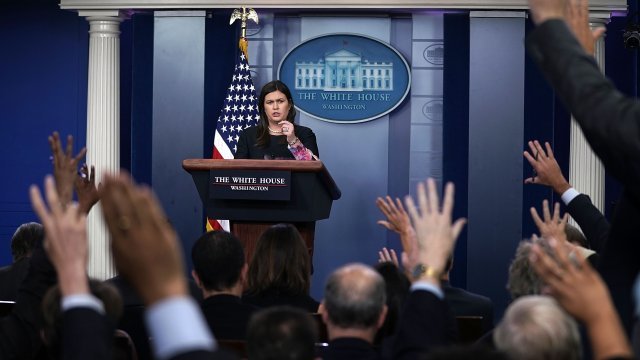 Press secretary Sarah Sanders defended the president Wednesday afternoon after some of his tweets earlier in the day called for special counsel Robert Mueller to be fired.

"The president is stating his opinion. It's not an order. But he's been, I think, crystal clear about how he feels about this investigation from the beginning," Sanders said.

The concept of firing Mueller is not new. Reports that Trump wanted to do just that have been around for more than a year.

Lawmakers on both sides of the aisle previously said doing so would be a bad idea. The response to Wednesday's tweet was similar, with one lawmaker writing, "Fire Mueller and we fire you."

It's worth noting the power to fire the special counsel lies with Deputy Attorney General Rod Rosenstein, not the president.