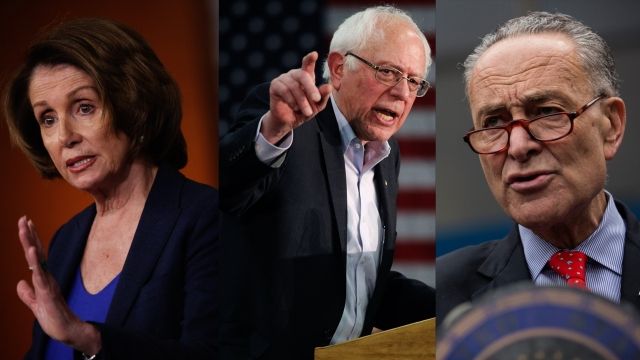 Three of the most powerful congressional Democrats are taking a public stand against any possible Republican plans to cut certain social programs.

The letter asks Democrats to help organize nationwide rallies on Jan. 15 to protest possible Medicare spending cuts they say will "severely undermine the health care needs of the American people."

The three hope the rallies will hold Trump to his campaign promises not to make changes to Social Security, Medicare or Medicaid funding.

But they're worried congressional Republicans will try to use a budget bill to make major cuts to the program — something they've attempted before.