Sanders Gets A Much-Needed Victory In Indiana 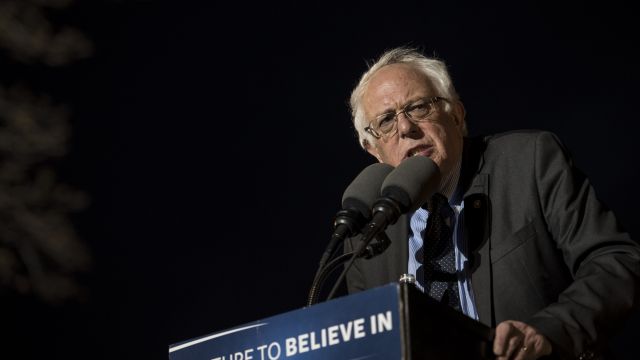 The win will help Sanders justify taking his long-shot campaign all the way to the Democratic convention.

The results won't do much to dent the momentum of Sanders' rival, Hillary Clinton, who's leading the Vermont senator by over 300 pledged delegates. Sanders will still need to score several major blowouts in the upcoming contests to get within striking distance of Clinton.

But the victory will give Sanders more support to press on until the convention; despite his slim chances of winning the nomination, Sanders' campaign could still pull the party platform further to the left.

Clinton's already indicated she's shifting focus to the general election. But she still has work to do to rally Sanders supporters behind her campaign if she wants to present a united front at the Democratic convention in July.