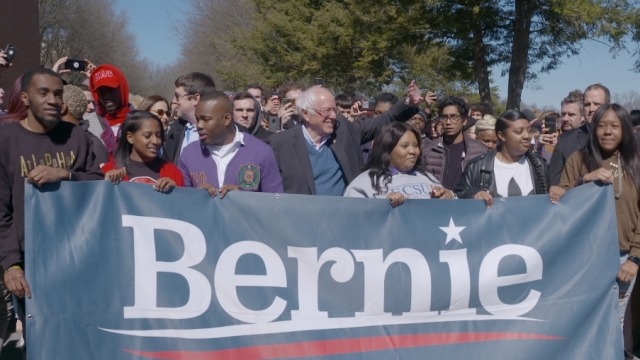 But the Democratic front-runner spent a notable portion of his rally here at Winston-Salem State University in North Carolina on another issue students say is important to them -- health care.

"I want you all to know what Medicare for All means, not a radical idea. It means no more premiums, no more co-payments, no more deductibles, no more out-of-pocket expenses. Health care is a human right, no a privilege. We're gonna bring that to the United States of America."

A Newsy/Ipsos poll found the young voters that make up Generation Z ranked climate change and gun violence as the most important current political issues. And ranking just behind those was health care.

Students we talked to here on campus say when you come from a home where access to healthcare is it not affordable it's extremely important.

"Unfortunately, I don't, as far as my family we don't health insurance or people who own a lot of help insurance or whatnot."

"Do you find a lot of your peers here don't have health care?"

Now after the speech Senator Sanders led students on a march to an early voting location.

He's been in the state quite a bit but polls still have Vice President Joe Biden on top here in North Carolina. The state votes March 3rd on Super Tuesday.