Sanders Asks Clinton To Reconsider Declining A Debate In California 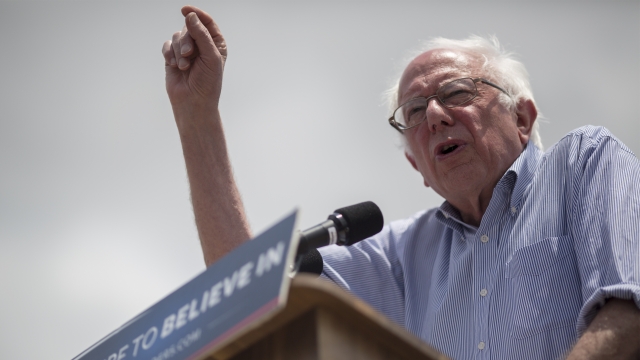 In February, both campaigns agreed to participate in four more debates, but only three of those have happened so far.

Hillary Clinton declined to participate in a debate in California, and Bernie Sanders doesn't seem too happy about it.

A spokeswoman for Clinton said in a statement they're pretty busy campaigning against Donald Trump right now, suggesting that her camp is confident she'll be the Democratic nominee.

"We are coming to the end of the Democratic primaries. I applaud Sen. Sanders and his supporters for challenging us. We are going to get unaccountable money out of politics. We are going to take on the crisis of income inequality," Clinton said at a rally.

The press statement from Sanders' campaign accused Clinton of backing out of a commitment and called Clinton "presumptuous" in thinking she's a "certain winner."

In February, both campaigns agreed to participate in four more debates, but only three of those have happened so far.

California will have its Democratic primary on June 7.

This video includes images from Getty Images and clips from Hillary for America and Bernie 2016.