Sanders Announces Bill To Keep Fossil Fuels 'In The Ground' 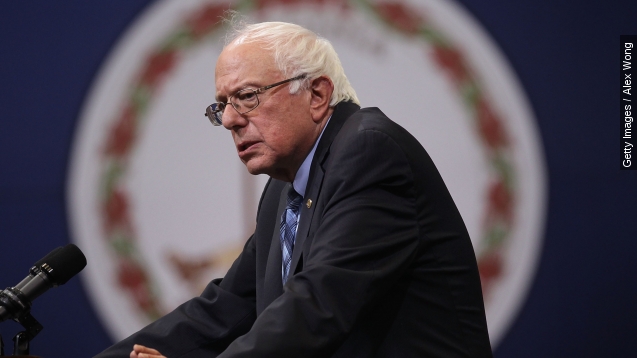 That's the same name as an international campaign to move "away from coal, oil and natural gas and towards a renewable energy future."

The bill seeks to ban new fossil-fuel extraction from U.S. federal land, as well as offshore drilling in the Arctic and the Atlantic.

"Climate change today is already causing devastating problems in our country and around the world, and unless we move aggressively to transform our energy system ... the planet that we're going to be leaving our kids is something we should be ashamed of," Sanders said.

The bill would also end non-producing leases on federal land and would ban new leases in the Pacific and the Gulf.

The bill was also announced by Sen. Jeff Merkley and climate activists.

But as far as the bill becoming law, the senate is controlled by Republicans who are unlikely to support such dramatic measures.