Sanders And Cruz Pull Off Wins In Oklahoma Primaries 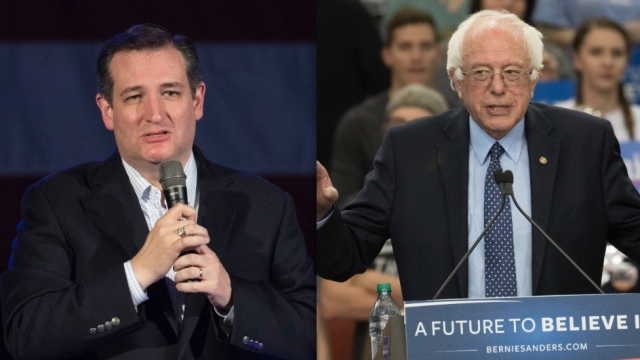 Sens. Bernie Sanders and Ted Cruz have pulled off some pretty surprising wins in the Oklahoma primaries.

For Sanders, the win is a bit of a surprise, because Oklahoma actually chose Hillary Clinton by double digits over then-Sen. Barack Obama in 2008. But the win still highlights a critique of Sanders' campaign: that he doesn't do well with nonwhite voters. According to CNN exit polls, nonwhite voters made up just 26 percent of the voters with the majority going for Clinton.

On the GOP side of things, it seems like any winner that's not named Donald Trump is a bit of a surprise at this point. But when you look at exit polls based on ideology, this was a state almost tailor-made for Ted Cruz. 81 percent of voters self-identified as conservative and Cruz won 37 percent of them, just three points ahead of Trump.

This video includes images from Getty Images and clips from Fox Business and Bernie 2016.