Sanders And Acosta Spar Over Trump's 'Enemy Of The People' Comments 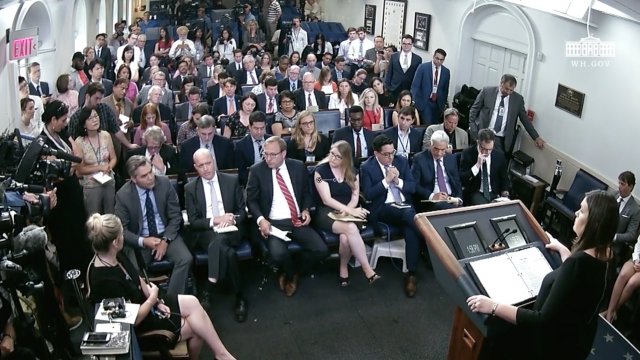 A tense moment between press secretary Sarah Sanders and CNN journalist Jim Acosta on Thursday has a lot of people talking.

"But for the sake of this room, the people who are in this room, this democracy, this country, all the people around the world are watching what you're saying, Sarah. And the White House, for the United States of America, the president of the United States should not refer to us as the enemy of the people. His own daughter acknowledges that, and all I'm asking you to do, Sarah, is to acknowledge that right now and right here," Acosta asked.

"I appreciate your passion; I share it. I've addressed this question. I've addressed my personal feelings. I'm here to speak on behalf of the president, and he's made his comments clear," Sanders responded.

Sanders often stands by the president when asked about his controversial comments and instead opts to let his words and tweets speak for themselves. Just one day prior, she defended Trump's tweet that called for special counsel Robert Mueller's investigation to be ended, calling it his "opinion."