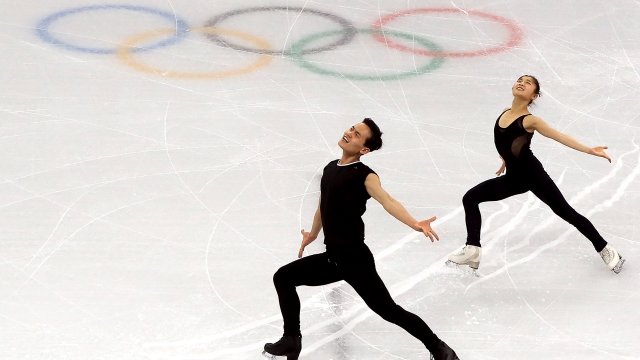 SMS
Sanctions Could Make North Korea's Olympic Participation A Headache
By Matt Picht
By Matt Picht
February 5, 2018
North Korea has to run through a gauntlet of international sanctions to participate in the 2018 Winter Olympics.
SHOW TRANSCRIPT

Being an Olympic athlete is already hard enough. But North Korea's Olympians can't just focus on going for the gold — they also have to worry about not breaking international law.

Winter Olympics host South Korea is bound by the same sanctions as every other U.N. member. So the country can't just reimburse North Korea for participation expenses; any cash or financial assets that could be funneled into the North's nuclear program is sanctioned.

But South Korea has some experience with this. The country keeps a fund worth billions of dollars handy to pay for North-South cooperation projects without violating sanctions.

The Inter-Korean Cooperation Fund helped pick up the tab for North Korea's participation in the 2014 Incheon Asian Games and is expected to do it again in 2018. The International Olympic Committee has also offered to help with some of the costs.

But the expenses are only the start: Flying athletes between the two countries can be a headache. A series of chartered flights ferrying Korean athletes to and from the North only went through after the U.S. agreed to exempt the plane from its typical 180-day entry ban on aircraft visiting North Korea.

Those plans could run up against the long international blacklist of North Korean higher-ups involved in the country's nuclear program. Depending on whom the North sends, some sanctions will need to be waived or worked around before the games.

And while most Olympic athletes will go home with some free goodies for participating, international sanctions could prevent the North Korean delegation from keeping any gifts; that might mean no new Samsung smartphones or Nike uniforms. 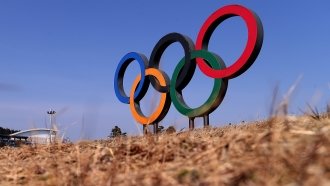 The Winter Olympics Have Been Slowly Melting

South Korea itself has plenty of local laws that can make cooperation with the North difficult. Per Olympic rules, North Korea's flag is flying in the athlete's village — after South Korea waived a law forbidding the flag from being displayed.

The payoff for all this hassle is supposed to be a sunnier outlook for negotiations between the North and South. South Korean President Moon Jae-in has made working with the North a key policy goal, but some conservatives in South Korea are against his Olympic plans.