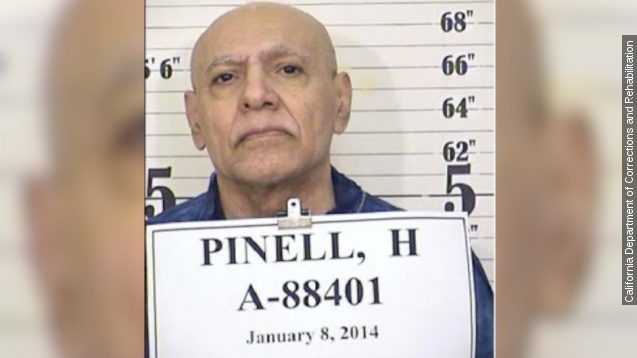 A member of the infamous "San Quentin 6" is dead after a riot at a California State Prison in Sacramento.

California Department of Corrections and Rehabilitation officials say a fight started between 71-year-old Hugo Pinell and another inmate in the prison yard. It quickly turned into a full-scale riot involving about 100 inmates. Pinell died from stab wounds. (Video via KXTV)

Prison officials say Pinell was "definitely the target," adding, once the fight between him and another inmate started, "everyone else joined in." An official told KTXL the fight appeared to be spontaenous.

Pinell was first sentenced to life with parole in 1965 for a rape with force. In March 1971, he was convicted of killing a prison guard at a correctional facility in Soledad, California.

Months later, at San Quentin State Prison, he and other inmates were involved in an escape attempt that left six dead including three prison guards and three inmates.

Prior to Wednesday's killing, KOVR spoke with Pinell's attorney, who was working on getting his client out on parole.

"There's clear, undeniable failure to protect him, because there have been significant threats against him, mostly because of his reputation," Keith Wattley told KOVR.

Prison officials are looking into whether or not Wednesday's attack was planned.