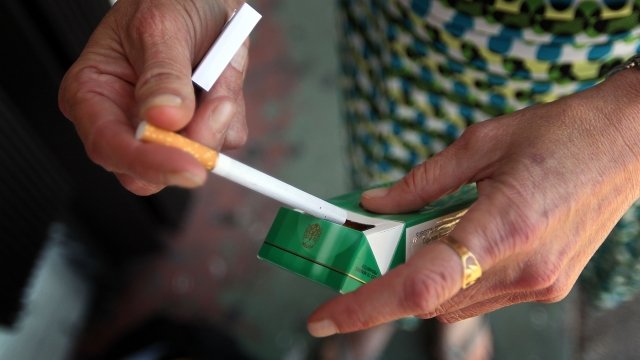 Multiple outlets call it the toughest city law banning the sale of flavored tobacco products in the nation. About 68 percent of the city's voters supported it.

Last June, San Francisco city supervisors approved the ban, but the tobacco industry got enough signatures to put the issue on the ballot.

One tobacco company that makes menthol cigarettes spent almost $12 million to shoot down the ban.

The managing director of the American Cancer Society Cancer Action Network in California told Politico the reason Big Tobacco spent so much money is because San Francisco is a "national public health leader" and other cities might follow its lead.

Other cities like New York City, Chicago and Oakland have either banned or restricted the sale of flavored tobacco products.