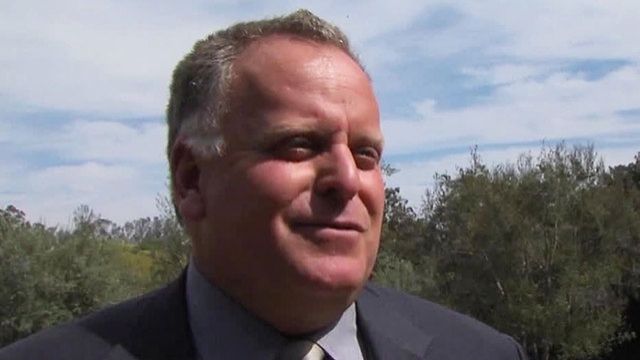 A San Diego lawyer who briefly served on Casey Anthony's defense team is in some serious trouble — again.

Todd Macaluso and two other defendants are accused of planning to fly a plane from Haiti to Ecuador to pick up at least 1,500 kilograms of cocaine. According to court documents, they wanted to move the drugs to Honduras and, eventually, to the U.S.

Macaluso, who's a registered pilot, was supposed to fly the plane for at least one leg of the trip. But the trio was arrested in Haiti before their plan could come to fruition.

Authorities were able to track down Macaluso and the other two suspects, Carlos Almonte Vasquez and Humberto Osuna Contreras, in Port-au-Prince on Nov. 14 when they met to discuss the details of the scheme.

Macaluso has been in trouble with the law before. Last year, he was sentenced to five months in federal prison and fined thousands of dollars for defrauding his clients and investors.

He pleaded guilty to forging agreements with his clients that put their personal injury cases up for collateral without their knowledge. He also admitted to forging clients' signatures and using forged notary stamps and signatures to persuade investors to front him millions of dollars.

He was disbarred in the state of California just days before his arrest in Haiti.

Macaluso was arraigned in federal court Nov. 19. Newsy's partners at KGTV report that if he is convicted of conspiracy to smuggle cocaine, his sentence could range from 10 years to life behind bars.