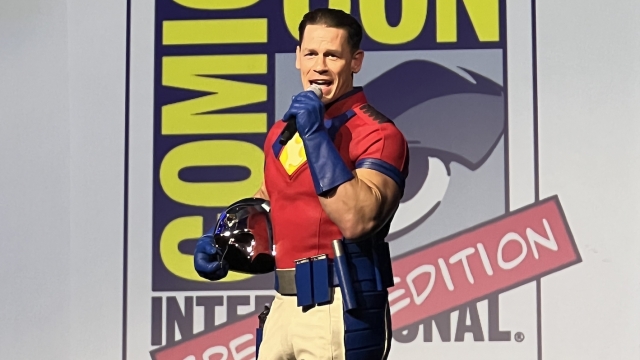 Over Thanksgiving weekend, thousands of fans from around the world were celebrating the return of San Diego Comic-Con.

"When we announced we had to cancel the 2020 show, it was very emotional," Chief Communications Officer David Glanzer said.

This year's exhibit hall featured 540 publishers, artists, fan organizations and small businesses from all over the world.

It's a smaller event compared to the shows that garnered more than 100,000 fans — but longtime Comic-Con-goers compared it to the years before big names like Marvel Studios started joining in.

Film editor Ernesto Matamoros Cox said, "I’ve been coming to Comic-Con for about 20 years. This is the first time that I've seen it like this in a long time. It's quieter. You can walk around, enjoy it. It's really nice."

But that's not to say there weren't any celebrity appearances.

The rest of the night featured the convention's famous cosplay competition.

And some of this year's biggest costumes were nods to Wonder Woman, Beauty and the Beast and Queen Elizabeth I.

"My hope is as things continue to get better, we'll see even more involvement in July and yeah, I think we're all looking forward to it," Glanzer said.

As San Diego Comic-Con Special Edition ended Sunday, organizers and fans are already excited to come back again in July.