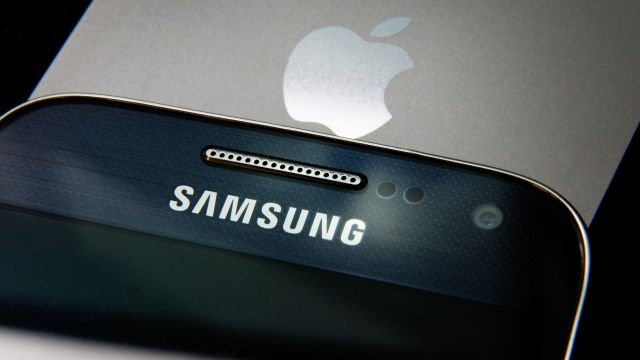 Samsung has scored a major victory in its high-profile patent battle with Apple. But things aren't over quite yet.

On Tuesday, the U.S. Supreme Court unanimously sided with Samsung, overturning a lower court's decision to make the company pay a nearly $400 million penalty to Apple for infringing on key iPhone designs.

The ruling doesn't reverse Apple's win, but it does mean the case will be sent back to the lower court so it can reassess the damages.

The reasoning behind the Supreme Court's decision is kind of complicated, so bear with us here. Basically, it has to do with the way damages are calculated in cases involving patent design infringement.

The almost $400 million in damages awarded to Apple was based on all of Samsung's profits from its smartphones that used some of the iPhone's design.

But Samsung argued it should only forfeit part of the profit, since only part of the phone's design was copied from Apple's products.

So, in the end, the Supreme Court agreed that damages could be calculated this way, but it didn't say if they should be in this case. That decision falls back on the lower court.

Apple and Samsung have yet to comment on Tuesday's ruling.