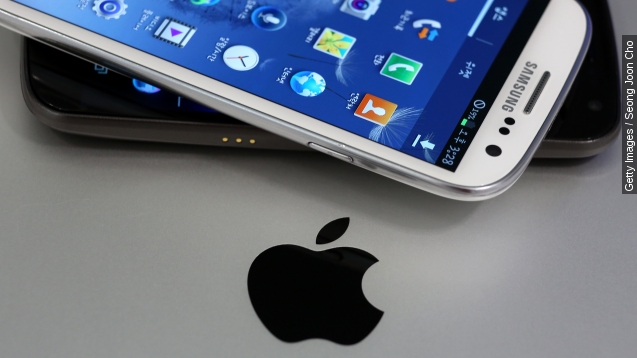 You could call it a coincidence. But it kind of looks like a very deliberate marketing ploy. (Video via Samsung)

No big surprise — some think Samsung's new slogan is directly aimed at Apple.

Samsung has tried this marketing technique before. The Korean company has taken shots at many other Apple products in recent years.

"Hey, what do you think that is? Look at this! Ahh a watch for the ages, much more interesting than your phone," a 2014 Samsung commercial says. (Video via Samsung)

So are the sales ploys working? Maybe. After first-quarter sales were reported in 2015, Samsung regained the top spot in global sales of smartphones.

But as Samsung has learned, competitors make it hard to stay at the top. During the second quarter of 2015, Apple's smartphone sales climbed 36 percent while Samsung's declined 5.3 percent. So, seemingly, the tech war rages on. (Video via Apple)