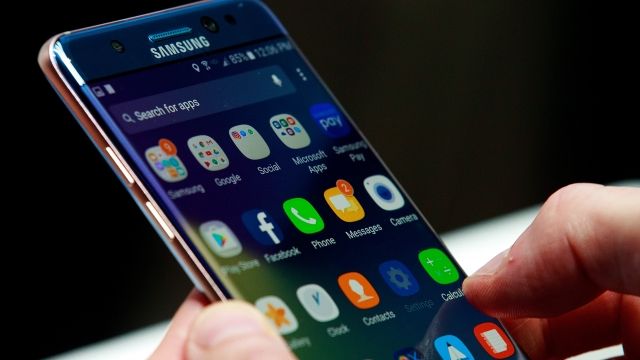 The company recalled 2.5 million of the devices worldwide, but now even the replacement phones are catching fire.

Samsung is halting the production of its Galaxy Note 7 because the phones keep exploding.

Last month, the South Korean tech giant recalled over 1 million smartphones in the U.S. after reports of their lithium-ion batteries catching fire. Worldwide, the company is in the midst of recalling 2.5 million phones.

But now, even the Note 7 replacements are overheating.

SEE MORE: Samsung Tries To Put Out The Fire By Ramping Up Galaxy Note 7 Recall

The PR nightmare is made worse by the fact that Samsung had first said its battery supplier was to blame. Samsung switched suppliers, but the replacement phones are still at risk of exploding.

As of Sunday, AT&T, T-Mobile and Verizon all announced they would stop replacing the Note 7.

Instead, the three companies are offering varying refunds and exchanging the Note 7 phones for different Samsung models.