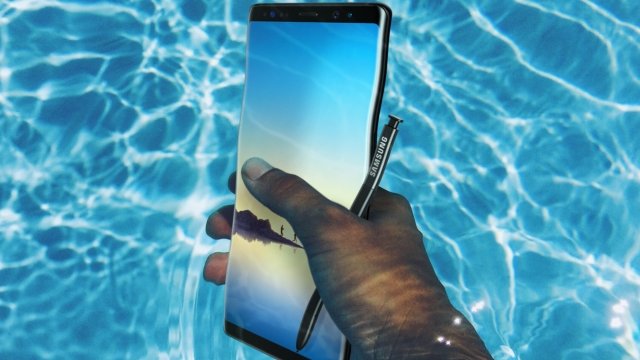 SMS
Smartphones Are Getting More Expensive — But Are They Worth It?
By Casey Mendoza
By Casey Mendoza
August 23, 2017
Samsung's Galaxy Note 8 is one of the priciest smartphones on the market, and the iPhone 8 is rumored to cost even more.
SHOW TRANSCRIPT

Smartphones are getting better, but they don't come cheap. In fact, they're getting pricier.

Samsung announced Wednesday its new Galaxy Note 8. The phone features an edge-to-edge "infinity display," an improved stylus, a slew of accessories — and a starting price of $900.

That makes it one of the most expensive smartphones on the market right now. For reference, the iPhone 7 Plus starts at $770. Since 2012, flagship smartphones have seen a 25 percent rise in prices.

On the topic of pricey smartphones, Apple may also have something up its sleeve next month. And that something might be the iPhone 8, which is rumored to cost at least $1,000. 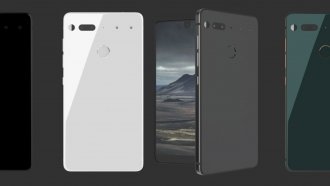 So, what's driving up the cost of smartphones? We are.

"You've raised the bar for all smartphones by demanding more from yours," said Justin Denison, Senior Vice President of Samsung Product Strategy.

Compared to the original Samsung Galaxy Note, which cost around $700, the Samsung Note 8 has a bigger screen, stronger camera, longer battery life and more than double the storage. The original Note didn't even have a fingerprint sensor, while the Note 8 has that and facial recognition and an iris scanner.

The smartphone is starting to rival the power of a full computer — which is why it's also starting to cost just as much.

The question is: Will the price drive consumers away?

Critics argue the rising cost of smartphones is getting out of hand, and the price tag on the Note 8 is just adding to that issue.

But considering how most consumers lease or pay in installments for their phones, there's a chance buyers won't really notice the startling price. Smartphone installment plans became more popular in 2015, and eventually became the most common way to purchase a phone.

Depending on the carrier, buying the Note 8 on an installment plan could cost anywhere between $30 to $40 a month.