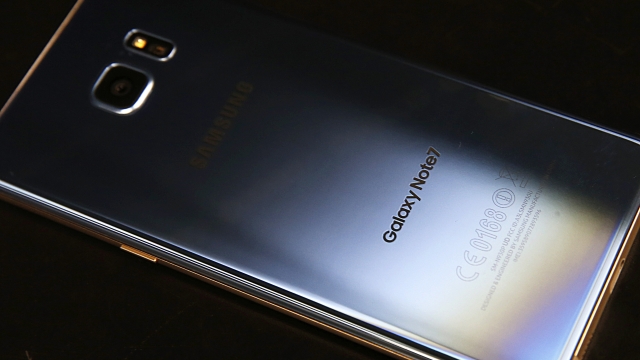 A U.S. Department of Transportation ban went into effect Saturday. The phones aren't allowed in carry-on luggage, checked bags or even your pocket for all flights, including those heading out of or coming into the U.S.

Firearms, however, are allowed on aircraft under certain conditions. The Transportation Security Administration has some regulations, like requiring they be locked in a hard container and be transported only in checked luggage.

Still, the fact that a smartphone has a more restrictive ban than a deadly weapon says a lot.

If you're unfamiliar, Galaxy Note 7s have become notorious for bursting into flames. The phones went on sale in early August, and shortly after that, there were reports of the batteries overheating and catching fire.

The company recalled the phones and promised to replace them, but when the replacements came in, they also started overheating.

So, until Samsung comes out with a Note 7 that isn't a fire hazard, travelers will have to leave those "phablets" at home.