Samsung Earnings Still On The Decline 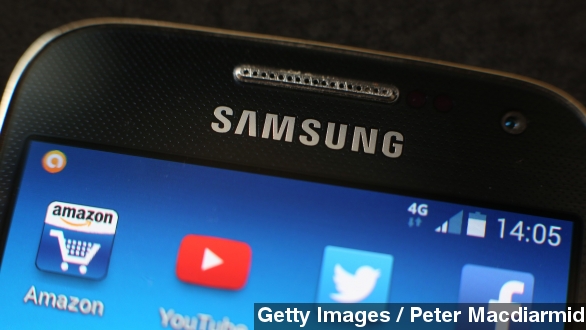 SMS
Samsung Earnings Still On The Decline
By Mikah Sargent
By Mikah Sargent
January 8, 2015
In a preliminary earnings report for its fourth quarter, Samsung warned investors of yet another profit drop.
SHOW TRANSCRIPT

Things still aren’t looking up for smartphone-maker Samsung. The company’s predicting another quarter of decline in operating profit.

Back in October, Samsung was warning investors of a weak third quarter.

Analysts seem to be placing blame on the company’s smartphones.

As a writer for CNET notes, Samsung had to cut back on the number of smartphone models it was cranking out — in the interest of saving money and focusing on marketing fewer devices.

Despite being the world’s number one smartphone maker, it’s facing competition on all sides ... and not doing too well at it. In the premium market, there’s Apple and its popular 6 and 6 plus devices. And it's also had a tough time competing against loads of other low-cost smartphone makers. (Videos via Samsung, Apple, Android Authority)

Even with its perceived failings in the smartphone market, the company still has a very important and likely very profitable tool at its disposal.

The New York Times quotes one analyst who says Samsung’s semiconductor business is where the money’s at.

“Handsets broadly, though, continue to be big business, and it’s here that Samsung the component maker is doing very well — so well that they beat estimates despite their handset slump.”

So that hefty competition from Apple and the like could work out in Samsung’s favor — as long as it’s the one producing the chips for the popular smartphones.

Samsung is expected to release its Q4 earnings report by the end of the month.