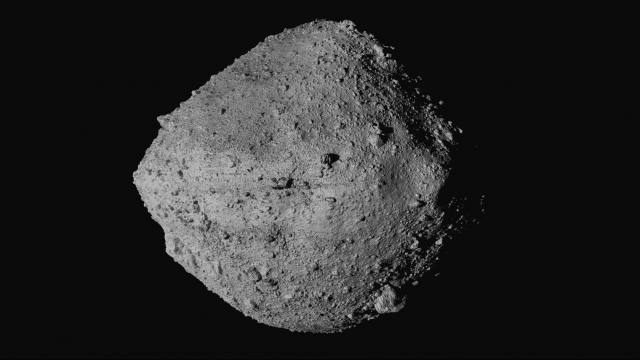 SMS
NASA Says Samples Collected From Asteroid Are Leaking Into Space
By Meg Hilling
By Meg Hilling
October 24, 2020
NASA says large particles gathered during the mission to the asteroid Bennu were blocking the collector head of the spacecraft from closing.
SHOW TRANSCRIPT

NASA says the samples gathered from the asteroid Bennu earlier this week are leaking back into space because a flap on a collection spacecraft is unable to close securely.

During a press conference Friday, NASA told reporters that large particles collected during the mission to the asteroid on Tuesday were blocking the head of the OSIRIS-REx spacecraft from fully closing. Officials with NASA say it is unclear as to how fast the particles are spilling into space.

NASA says the mission team is now working to securely stow as much of the samples as possible to ensure enough material is brought back to Earth in 2023 for scientific research.

Roughly 400 grams of particles were collected from the asteroid. Officials say the spacecraft remains in good condition.