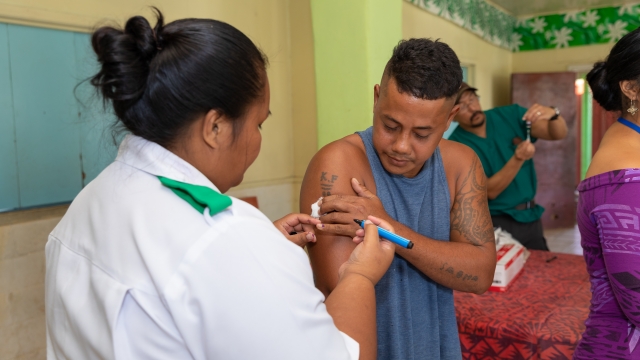 SMS
Samoa Ends Measles-Related State Of Emergency
By Ahmed Jawadi
By Ahmed Jawadi
December 31, 2019
​The Samoan government says it "unanimously approved the cancellation of the state of emergency orders," which had been in effect since November.
SHOW TRANSCRIPT

Samoa has lifted its six-week state of emergency in the aftermath of a deadly measles outbreak.

The Samoan government announced in a statement on Saturday its Cabinet had "unanimously approved the cancellation of the state of emergency orders," which had been in place since November. Under the state of emergency, schools were shut down, minors were banned from public gatherings and citizens were ordered to get vaccinated.

More than 5,600 cases of measles have been reported since the outbreak began, according to the country's Ministry of Health. The highly contagious disease has killed 81 people to date in the country, with most of the victims being babies and young children.

In 2013, 90% of 1-year-olds in Samoa had received the measles vaccine, according to the World Health Organization. But that number's been gradually declining for years, due in part to the spread of misinformation, as well as a 2018 scandal wherein improperly prepared vaccines led to the deaths of two Samoan children. In 2018, the measles immunization rate had plummeted to 31%.

The government said "approximately 95% of all eligible people in Samoa have been vaccinated against measles" as of late December.