From Journalist To U.N. Ambassador: Samantha Power Details Her Journey 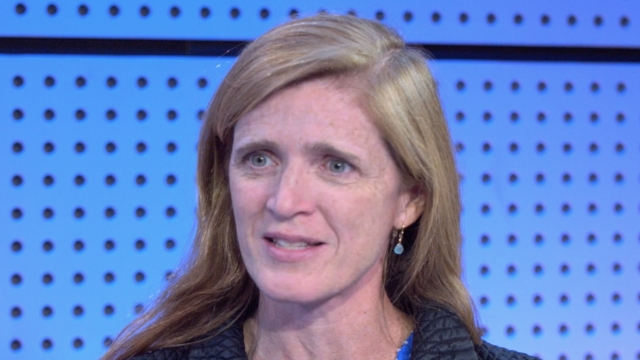 In August 2013, Samantha Power became the youngest person ever to serve as U.S. ambassador to the United Nations. A little more than 24 years earlier, she was on a path to become a sports journalist. As she details in her memoir, "The Education of an Idealist," Power's path took several turns. She served as a war correspondent in the Balkans, went to law school and became a human rights advocate. In a conversation with Newsy Tonight host Lauren Stephenson, Power shares some of the key moments in her journey, which ultimately led her to the Obama administration.