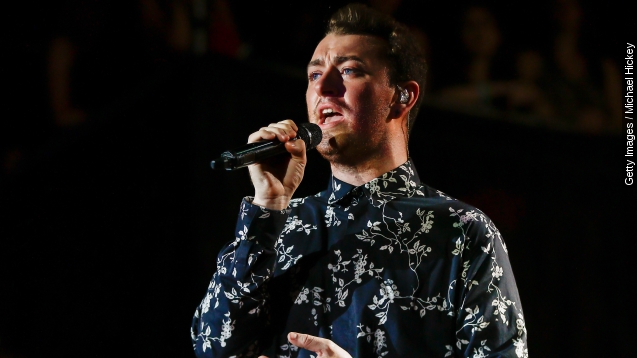 The "Spectre" theme song will finally be released Tuesday, and we might have just found out who's performing it.

Sam Smith posted this picture on social media Monday morning. To the untrained eye, it just looks like a ring, right?

No, no. This is no ordinary ring. And that design isn't some weird cross-breed between a spider and an octopus.

That's the symbol for the infamous Bond crime organization, Spectre. And this ring actually holds a larger significance within the franchise. The ring is first seen in 1963's "From Russia with Love."

The singer of the newest Bond theme song has been speculated for quite a while. Other artists on the short list include Ed Sheeran, Ellie Goulding and Lorde.

If Smith is, in fact, the singer for this new theme song, he will follow in the footsteps of Adele, Alicia Keys, Paul McCartney and Duran Duran. (Video via Capitol Records / Sam Smith)

He'll specifically have a lot of pressure to top Adele's title track for "Skyfall," which went platinum.

It would certainly be great to have a Sam Smith ballad accompany the opening credits of "Spectre" when the film opens in theaters Nov. 6. (Video via Capitol Records / Sam Smith)

But this could also be a cruel, cruel Jedi mind-trick that Smith is playing on us. After all, he denied any involvement as recently as Sept. 4 on a BBC radio show.