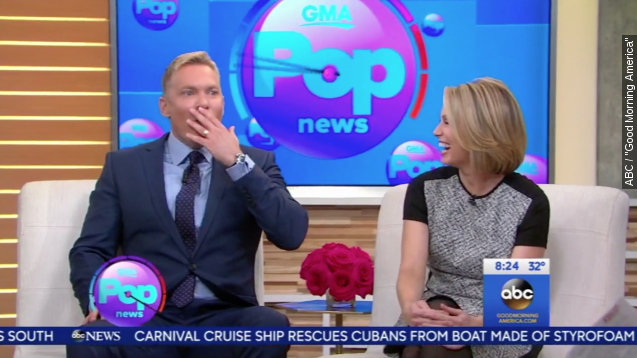 Sam Champion hasn't been on "Good Morning America" for a while, so it's only natural he forgot how to pronounce a certain co-host's name, right?

There's nothing more embarrassing than mispronouncing a co-worker's name — especially one you worked with for years.

"Aw, it's OK!" Lara Spencer said as Champion hugged her.

Dramatic much? Since "Good Morning America" meteorologist Sam Champion is back to cover for Ginger Zee while she's out on maternity leave, he's also back to his shenanigans.

You could tell he was ashamed.

But being an anchor isn't easy. Co-workers' names aside (you have no excuse, Sam), there are some other tough names to get right.

"Our favorite GIF of the season. Is it GIF or GIF?" Newsy anchor Lexie Hammesfahr said.

You win some, you lose some. And for all the rest, you just get some great Internet bloopers.