Many Salvadorans May Face Major Life Change After US Lifts Protections 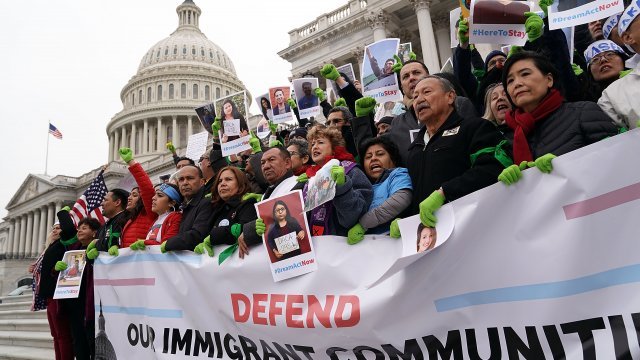 The Trump administration said it will end a temporary immigration status program for some 200,000 El Salvador natives.

The Trump administration's move to end some temporary immigration protections could massively disrupt the lives of thousands of people from El Salvador.

A 2001 Temporary Protected Status designation has kept roughly 200,000 Salvadoran immigrants from deportation for nearly 17 years. Many of them are deeply integrated into the U.S. at this point.

Some are concerned a mass influx of people re-entering a gang-ridden, poverty-stricken El Salvador will cause major disruptions to the country.

El Salvador also receives a close to a fifth of its income from remittances, or relatives abroad sending money back home.