The Salmonella Outbreak Linked To Ground Beef Has Ended 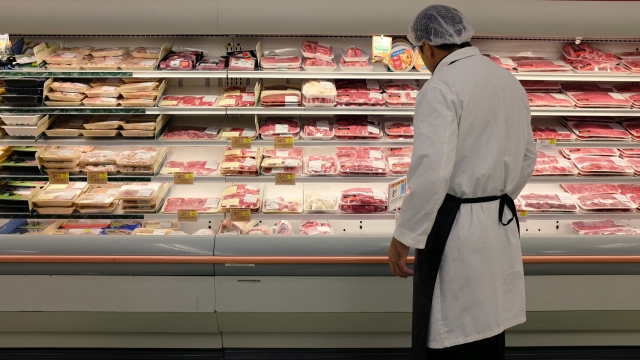 SMS
The Salmonella Outbreak Linked To Ground Beef Has Ended
By LeeAnne Lowry
By LeeAnne Lowry
March 23, 2019
A major salmonella outbreak has ended, but consumers should still make sure they don't have the contaminated beef in their freezer.
SHOW TRANSCRIPT

A major salmonella outbreak appears to be over, according to a CDC statement on Friday.

The agency said salmonella from contaminated beef infected over 400 people in 30 states. One hundred seventeen people were hospitalized, but no deaths were reported.

The outbreak was likely traced to a company in Arizona called JBS Tolleson, and the affected products were packaged between July and Sept. 2018.

While the outbreak is probably over, the CDC says you should check any frozen beef in your freezer. Look for "EST. 267" anywhere on the package.