Wasn't The US Supposed To Launch Astronauts Again In 2017? 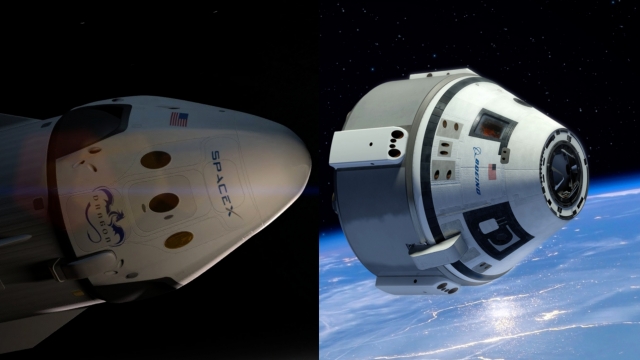 SMS
Wasn't The US Supposed To Launch Astronauts Again In 2017?
By Evan Thomas
By Evan Thomas
December 21, 2016
Safety issues are delaying NASA's plans for manned launches. Now, the first commercial rockets aren't expected to blast off until 2018.
SHOW TRANSCRIPT

NASA has long said 2017 would be the year the U.S. could start sending people into space on its own again. No longer would Americans have to hitch rides on Russian rockets to the International Space Station. Instead, they would be able to rely on U.S. companies like SpaceX and Boeing. Lawmakers and former astronauts have been calling for that kind of independence since the shuttle program ended in 2011.

Rep. Kevin McCarthy (R-Calif.): "In space, we are losing our ability to lead."

Eugene Cernan: "I drove a car on the moon 42 years ago, and we can't get a human being in space today?"

So how's that plan going? Well, like most things involved in spaceflight, there have been delays. NASA and its contractors have both had setbacks, so they won't be launching crews for a while. But they're getting closer.

SEE MORE: Blue Origin Says Spaceflight Isn't A Race, But It Sure Seems Like One

SpaceX's plans for manned test flights of Crew Dragon got pushed back to the second quarter of 2018. A spokesman told Newsy the company might change the way it fuels its rockets to avoid more explosions like the one in September. That will be safer for eventual crew — but it will take time to change procedures around.

Boeing told us it's sticking to the schedule it announced earlier this year: Its first manned flight tests will be in August 2018. The company had pushed its dates back earlier, when it ran into design challenges for its Starliner capsule that could have been safety risks. The company warned inspectors the goals it first set with NASA for its flight tests might have been too ambitious.

And some delays are thanks to NASA. Auditors reviewed the commercial crew program in September and found NASA isn't being prompt with its safety monitoring. That stacks on top of technical hurdles its contractors still have to get over, like the crew seats SpaceX has to finish designing. NASA felt it had no choice but to buy passage on Russia's rockets through 2018.

That's a far cry from the optimism NASA had about 2016 flights back when it announced Commercial Crew in 2011. And now it's stuck waiting. It won't be launching its own manned missions until the Space Launch System is ready to fly — which might not happen until 2023.

But even with these delays, the commercial crew program is moving quickly. NASA started working with contractors in 2010. For comparison, the Apollo program took seven years to get astronauts off the ground. The space shuttle took nine years from announcement to carrying crew.