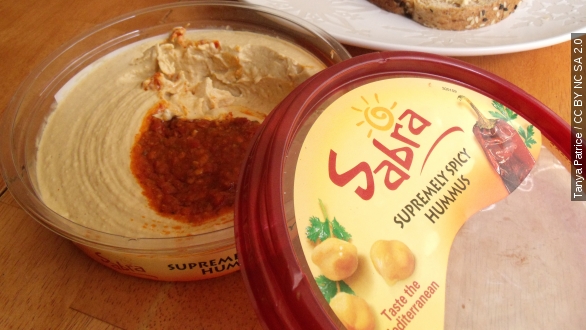 Sabra foods is recalling certain varieties of its packaged hummus after samples tested positive for traces of listeria. The recall affects certain packagings of its classic flavor, some 30,000 cases total.

Listeria can cause high fever, headaches, and nausea in healthy people and can be fatal to infants or the very old, according to the Centers for Disease Control and Prevention. Pregnant women are especially at risk; an infection can lead to miscarriage and stillbirth.

According to the Food and Drug Administration, there have been no reported illnesses or deaths tied to the hummus recall so far.

This is the second Listeria recall in recent headlines. In an unrelated case, Blue Bell Creameries is recalling a number of its prepackaged ice cream products after they first tested positive for the bacteria in March. (Video via CBS)

That recall has expanded several times since, and Blue Bell has suspended operations at a plant in Oklahoma to address the issue.

More information on the Sabra recall is available via the FDA. It's listing the UPCs for the specific varieties affected on its website.