SABMiller May Have Rejected A Merger Offer Worth 12 Figures 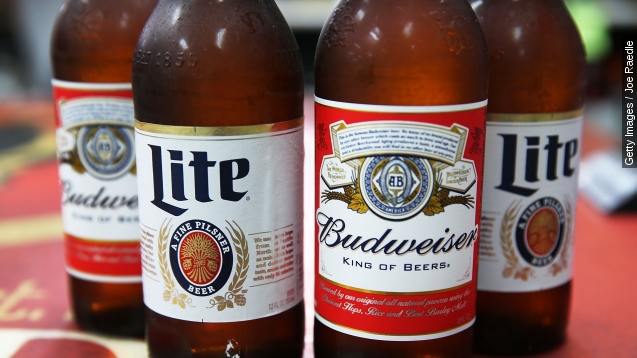 Bloomberg's sources say SABMiller — the maker of Miller, Coors and Foster's — rejected the $100 billion proposal, telling the outlet its executives and shareholders believe $110 billion is a fair deal.

But just because SABMiller rejected the offer, doesn't mean it's not interested. The company released a quarterly update nine days early. It reported a 2 percent increase in sales volumes, mostly from growth in Latin America and Africa.

The early release has been seen as an effort to further attract Anheuser-Busch, rather than push it away.

One chink in SABMiller's armor, though, is a reported 9 percent loss in second-quarter net revenue. Although the company's sales grew in emerging markets, those markets' currencies are weak compared to the dollar right now.

Anheuser-Busch still has another week to seal a deal, but one obstacle beyond making a suitable offer could be significant anti-trust scrutiny.