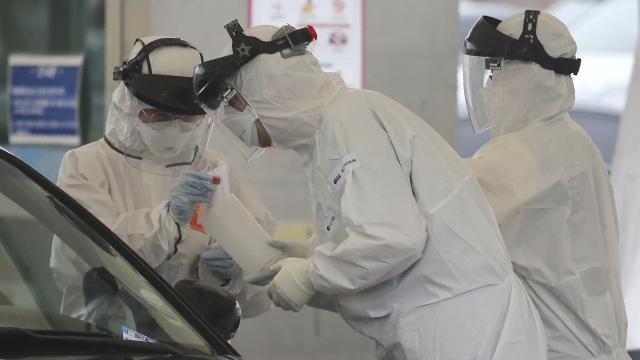 The head of South Korea's Centers for Disease Control and Prevention told reporters it has enough kits for domestic use, but would have to determine if there's surplus to export more. One South Korean-based company said it already supplies about 70% to 80% of the kits being used in the United States.

The U.S. and South Korea both recorded their first cases of COVID-19 on the same day, but the U.S. now has more than 6 times the number of confirmed cases as South Korea.

NPR reports that the U.S. rate of testing started a lot slower than South Korea's. But President Trump said on Tuesday the U.S. had surpassed South Korea's number of tests.