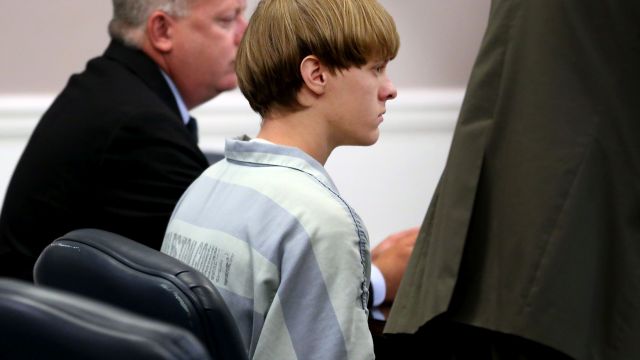 By Matt Picht
December 15, 2016
The man who killed nine people in a South Carolina church last year has been convicted on 33 counts.
SHOW TRANSCRIPT

Dylann Roof has been found guilty on all counts in the murders of nine black churchgoers in Charleston, South Carolina, last year.

The jury deliberated for only a few hours before it declared Roof guilty on each of the 33 charges he was facing. Over half of those charges could be punishable by death.

Roof, an avowed white supremacist, confessed to the FBI that he was specifically targeting black people when he entered Charleston's Emanuel A.M.E Church and shot nine people to death during a Bible study.

The jury reconvenes on Jan. 3 to decide whether Roof will be sentenced to death.