Ryan Zinke Is Officially Out As Interior Secretary 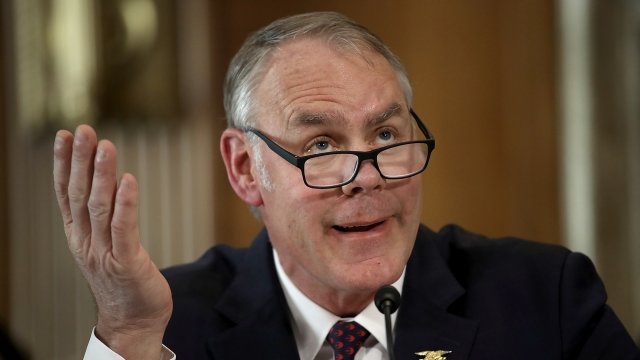 Interior Secretary Ryan Zinke is officially stepping down from his position.

Zinke's last day in office was Wednesday. He wrote on Twitter that it's been "a high honor" to serve President Donald Trump and the American people.

Zinke submitted his resignation last month after facing a number of ethics investigations regarding his travel spending and alleged business dealings with Halliburton.

During his time with the Department of the Interior, Zinke worked with Trump to implement his "America First" energy plan, roll back Obama-era environmental rules and expand off-shore drilling, among other policy moves.

Trump has yet to nominate a replacement, so Zinke's deputy will take over as acting interior secretary.